Have you heard the word? True REST has established their partnership with Defiance Fuel. This helps our members achieve optimal hydration with each float. So what is Defiance Fuel? From their website, “It is a concierge, elite beverage. It is a patented, clinically tested, premium structured water that is the result of over 25 years of research and development that we consider your best hydration vehicle in the market. It was pioneered with Olympic gold medal athletes in 2000- 2003. We reverse engineered, stabilized and amplified one of the most […]

We know what you’re thinking… You’ve heard it all before, every reason you should float. On the contrary, here are the top reasons we hear people say why you shouldn’t float: “Because I’ll drown” – Valid point. Except not really! You float face up, fully supported by the water. Every single one of our float pods has only 10 inches of water in it and although possible, the probability of you drowning in only 10 inches is highly unlikely. Plus the salt water in your eyes and mouth would be […]

The post All The Reasons Why You Shouldn’t Float appeared first on True REST Float Spa.

The concept of floating has been around since the 1950s – and in the last 70 years it’s gone by a few different names. For us, we consider True REST a “float spa” offering a “flotation therapy” service. Float therapy has also been called floating, sensory deprivation, REST, a float tank, think tank, or an isolation chamber. It’s all the same thing. It all began in 1954 with Dr. John C Lilly, who was researching the mind’s response to “sensory deprivation,” a subject that had grasped the interest of the […]

The post Is it Floating? Or is it Sensory Deprivation? appeared first on True REST Float Spa.

The year 2020 is just ahead of us – can you believe it? This marks our 10th salty year of growing our floating family at True REST. Founded by Nick and Holly Janicki, the first location was actually built in Scottsdale in 2010, before moving south to the Tempe neighborhood in 2012. This marked the beginning of crafting our own unique Float Pods, and soon after, our first franchise location in 2015. In the last five years, we’ve opened over 35 locations with an incredible group that we call family. […]

Why Floatation Therapy Helps Fight Eating Disorders Floating has been proven to be a beneficial therapy for many mental illnesses. The recent science is showing that a floating practice can reduce symptoms associated with OCD, depression, addiction, and numerous anxiety disorders, including anorexia nervosa. Affecting both men and women of all ages across the world, anorexia is characterized by a distorted body image and an unwarranted fear of being overweight. Symptoms include trying to maintain a below-normal weight through starvation or too much exercise. So, what can float therapy do […]

We know that flotation therapy provides a wide variety of benefits, both immediate and long lasting, to people all over the world . A dedicated float practice can affect every part of us, physically, mentally, emotionally – even spiritually. Floatation Therapy Affects So, what is it about the post-float glow that keeps us coming back? Why do we feel so great after an hour of nothing? Simply put, floating is the proven antidote to the stress-inducing overload of our modern times. Our systems are on sympathetic overload as technology races […]

Since our inception 9+ years ago, True REST has been committed to introducing flotation therapy to as many people as possible. Every year, we witness the growth of this incredible industry, and every year we see the powerful potential of the future ahead of us. We are so proud of how far we’ve come together, but we believe we now know the key to the next massive expansion in the market… That key is science, research, and collaboration – a primary theme of both our annual True REST convention, and […]

We’ve heard it before. The story goes something like, “I come once every few months and I always feel relaxed afterwards but during the float, I have such a hard time relaxing my body and quieting my mind”. Sound familiar to anyone? It doesn’t matter what it is that you choose to do, if you do it with consistency, you will start to notice improvements. This is one of the first things we tell clients who inquire about ways to find more physical relaxation and how to deepen their meditative […]

I remember the first time I got a migraine like it was yesterday. I was thirteen. My head felt like it was exploding, as if there was a hammer pounding the inside my skull and it was resisting cracking open. I lost my ability to see clearly and I became extremely nauseous. My sensitivity to sound and light had become truly unbearable and I just wanted to crawl into a little ball in a cave and go to sleep. When these migraines happened, it was so painful that I couldn’t […]

In the 7 years I’ve been regularly floating, I’ve had an incredibly vast spectrum of physical, mental, emotional and spiritual experiences while in the pod. Although I rarely fall asleep during a session, how deeply I am able to relax depends on how much I allow myself to relax. When I look back at the full range of the experiences I’ve had, there are a few, very specific floats that still stick out in my memory. They have that extra sprinkle of magic that we use in the phrase, the […] 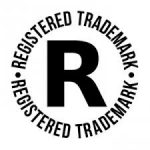 What Are You Afraid Of? Floating Myths & Facts from ‘Altered States’ to ‘Stranger Things’